We currently only have private lessons available.  BOOK HERE
Stay tuned to our socials for future announcements.

It is a commonly held opinion in the film and TV industry that if a performer can deliver comedy, then they can definitely deliver great drama.  People will not assume that you can nail comedy just because you can deliver dramatic scenes  –  Comedy is considered harder than dramatic acting!

Some of the most important keys to comedy are earnestness and open play.  Over three full days, guided by our Academy Director, work with one of the most challenging and liberating theatrical styles; clowning. Not sure how clowning fits into screen acting?  Watch a movie like In Bruges and see how these skilled professionals deliver the goods.

Sara has trained under renowned international clowning experts including Philippe Gaulier, as well as working for six years as a Clown Doctor in hospitals around the nation and performing in internationally award winning comedy shows (theatre and screen) and she will help you find your comedy gold!  See Sara’s full bio here.

Develop your comedic skillset, then bring your work to our Advanced Scene Study, and film comedy scenes for your show reel. No filming occurs in the Actor Series.
*Red noses provided. 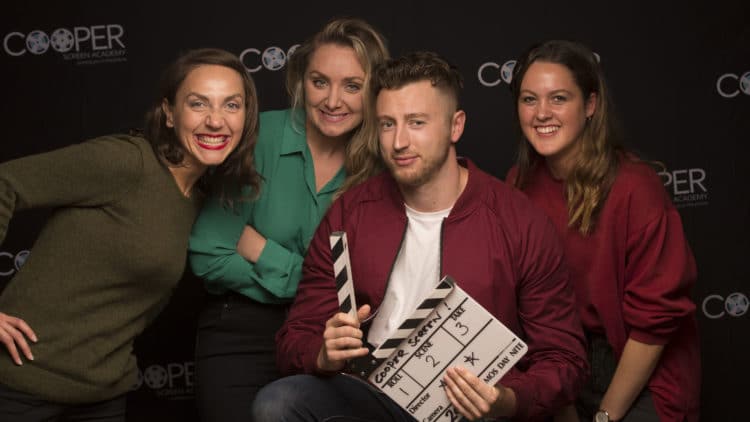 Work with our Academy Director in a small class to deepen your character work over three full days.
Sara has trained with world renowned practitioners, including Justus Neumann and John Bolton, as well as won international awards for her character work, and will guide you through a series of in depth improvisation exercises assisting you to reach your full potential.

Develop a series of contrasting characters, then bring your work to our Advanced Scene Study Workshop and film effective scene work for your show reel.
*No filming occurs in the Actor Series.

* It’s all about you!  Delve into your unique casting type.
* Keep it brief!   Study film and television character briefs & explore your version.
* Dive in!   Bring costume items and work with contrasting characters with our fun and immersive improvisation exercises.

No times have been added to this workshop.